When starting a car, it's important that the engine's cooling system quickly raises the temperature to the proper operating range so that it doesn't overheat while driving. Ideally, the cooling system maintains the engine's optimal operating temperature regardless of the operating circumstances.
One-third of the energy in gasoline is turned into power when the fuel is consumed in the engine. The remaining third is converted to thermal energy before exiting the exhaust pipe.
Internal combustion engines, by their very nature, need some kind of cooling system. There would be catastrophic failure if no cooling system was in place, since the burning gasoline would cause metal components to melt and the pistons to expand to the point where they could not move (called "seize").
In a water-cooled engine, the cooling system includes the following: the engine's water jacket (thermostat), a water pump (electric or belt-driven), the radiator and radiator cap, a cooling fan (electric or belt-driven), hoses, the heater core, and frequently an expansion tank.
When the air-fuel combination burns at a temperature of up to 4,000 degrees Fahrenheit, fuel-burning engines create huge quantities of heat. However, 2,000 degrees Fahrenheit is the typical working temperature. One-third of the heat generated in the combustion chamber is removed by the cooling system.
Engine components, including cylinder walls, pistons, and cylinder heads, absorb a significant amount of heat, which is then expelled via the exhaust system. The oil film fails to protect a portion of the engine if it becomes too hot. The engine may be destroyed if it doesn't have enough lubrication.
Engines that run too cool are less efficient, the oil becomes filthy, deposits develop, and fuel economy suffers not to mention exhaust emissions as a result. As a result, the cooling system is intended to remain passive until the engine has reached operating temperature. 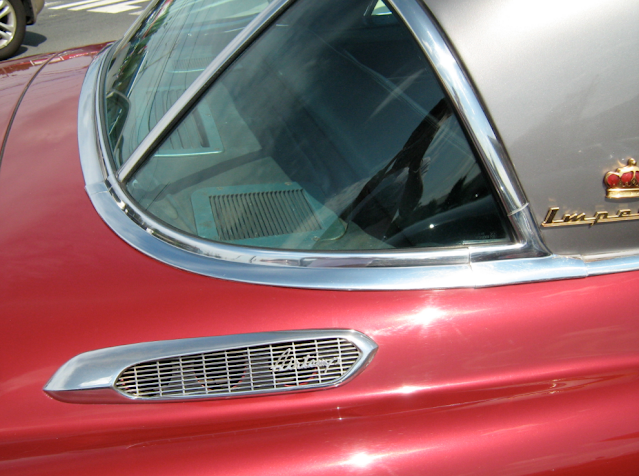 Air cooling and liquid cooling are the two main methods of cooling. Air conditioning is more often employed in aircraft, motorcycles, and lawnmowers than in automobiles.
The coolant, or liquid, flows through the cylinder block and head of a liquid-cooled engine. The combustion chamber, cylinder walls, and valve seats and guides must all be in indirect contact with the coolant. The coolant absorbs heat from the engine components as it travels through the engine's tubes and then cools them in the radiator. The coolant returns to the engine after re-cooling in the radiator. As long as the engine is running, the coolant absorbs and removes heat from the engine, and the radiator cools the coolant to keep it at a safe temperature.
The mechanic may use a cooling system pressure tester to discover whether the system has any slow leaks by checking the pressure in the cooling system. Detecting and repairing the leak may be done before it becomes a serious issue.
The material shown here is taken straight from the Auto Insight program, which may be purchased through AutoEducation.com.
Troubleshooting Tips

Here are some frequent issues with the cooling system in automobiles.

A hose has ruptured. It is possible for a hose to burst or to leak due to wear and tear. The engine overheats when the coolant is no longer in the system. The fan belt snapped off the motor. A belt connects the engine to the water pump. There will be no coolant flow if the belt breaks, so the engine will overheat. Engine overheating will also occur as a result. The radiator cap is faulty. The radiator cap is meant to maintain a specified level of coolant pressure in the system. Most caps can withstand between 8 and 12 pounds per square inch of pressure. This pressure boosts the coolant's boiling point and keeps the system stable. On hot days, your automobile may overheat because the system never becomes pressured, causing it to overheat. failure of the water pump. If you hear a scream and observe coolant dripping from the pump or beneath the vehicle, you have a problem with your cooling system. Small pools of coolant on the car's underside after a night parked, and a strong coolant stench when driving, are early warning indicators. Have you noticed a lot of white smoke coming from your exhaust lately? A head gasket may be to blame. The cylinder head gasket seals the coolant passageways as well as the engine block. If this gasket breaks, coolant will leak into the cylinder and be converted to vapor during combustion. After an engine has overheated, head gaskets are more likely to fail. Cylinder heads may deform and leak if they become too hot, causing the gasket to break.

Keep an eye on the belts and hoses. Look for coolant leaks beneath the vehicle during an oil change; these might be a warning of future problems. Depending on the manufacturer's recommendations, you should change your coolant every 2 to 3 years. Check the rubber seal on your radiator cap for signs of wear and tear. If you believe it's worn out, get a new one. Insurance that costs about $5 to $10 a month is considered low-cost. Every five years, you should have your cooling system flushed. It removes all of the corrosion that has built up.

What you should talk about with your technician is

When your car overheats, notify your technician. Idling heat indicates a different issue than highway speed heat. During the water pump replacement, ask your technician whether the timing belt or chain should be replaced as well. As a rule of thumb, timing belt removal is required to reach the water pump.
Do not open your radiator while the engine is running. Because of the system's pressure, hot coolant may splash out and burn you.